by The Stone Tapes 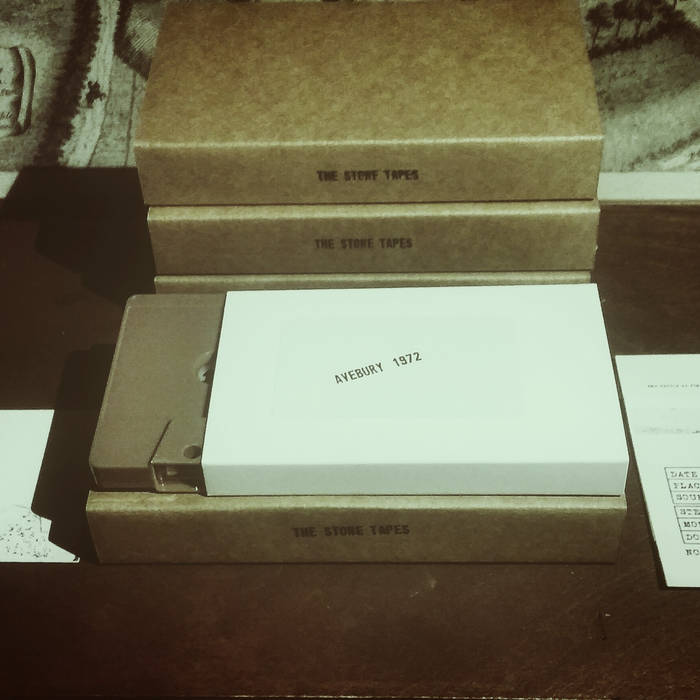 Helio Arcanaphus Haunting. I mean, literally. A week after receiving the tape, I received a strange envelope full of slightly disturbing ephemera. It's like the spirits of the stones are pursuing me... Favorite track: The Stone Tapes - Avebury - 06 West Kennet Ritual.

Conceived and created by K. Beem and M. Peach.
Vicar of Avebury played by A. Hayward.

We first met George Albert Wilberforce when he was living across the street from our studio in a council estate bungalow. He’s an old man now and hardly goes anywhere beyond the village shop, but he is full of stories of his travels.

Upon learning that we were involved in the field of music and sound production, he gave us a battered cardboard box he said he’d been keeping in his loft. Inside was a series of old electromagnetic tapes, along with some scattered notes.

G.A. Wilberforce had been a researcher of sound phenomena, and the tapes held recordings that he’d made during the course of his travels. Although he no longer wishes to talk about the recordings, from the notes we’ve gleaned that he made them whilst visiting historical sites spread throughout the British Isles.

The curious thing about the tapes is that they were made by recording stone using special modified equipment G.A. had acquired.

Using our modern studio technology, we converted the EMF and atmosphere recordings into control voltages and digital waveforms. We then sent these signals into our collection of modular synthesizers.

We have made the results of this long-forgotten experiment available for others to hear.

Some would say the recorded sounds capture the vestiges of time itself… or are proof of ghosts. We encourage you to make up your own mind on this matter.

Equipment used in this project :

Bandcamp Daily  your guide to the world of Bandcamp